A couple of things have to be taken into consideration: a new commodity has to…

You can read up on how to adjust game objects, if you want to learn more about rural businesses and factories.

Per era, there are different commodities in Railway Empire that might cancel each other out. For example, the era of 1830 still has Leather, but since 1870 Leather will be replaced by Steel. Even some production chains might change due to technical progression – e.g. for production of clothing:

An overview of all commodities and production chains can be found here: Archive (RailwayEmpire_Goodslist). Like said before: you are able to create your own, custom commodity system and this document is only an overview of the original state of Railway Empire.

To create a new commodity it is recommendable to duplicate an existing record. This can be done by right click an existing record and go to Duplicate Record… and name it afterwards. After you did so, the new entry should be added to the list.

The name of a record is independent from the commodity itself. The name of the commodity is defined by the Name value which can be edited by double clicking the Name-Field. A table will open up showing you the language Key on the left side and a Value for your custom input (e.g. with en for English and de for German and so on) on the right side.

Caution: The ID of the NameId has to be deleted in order to make the game using your custom input. This is true for all strings you might want to change within Tome. 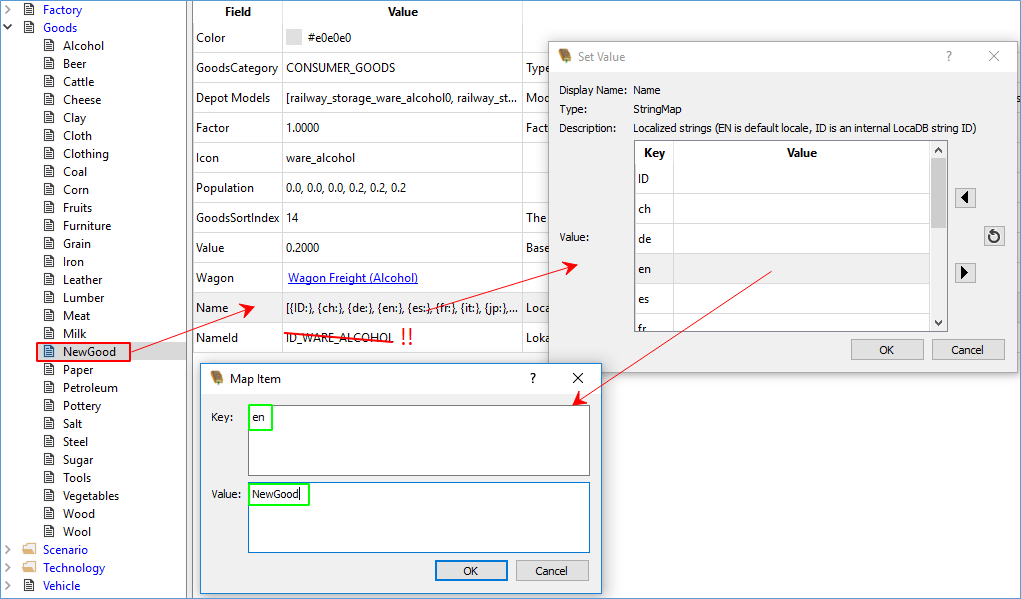 If everything is done correctly, your new good should now have the custom name.

In addition to the name of a commodity you are able to change the following things as well:

Unfortunetly, it is not possible to inplement your own models into the game. However, you are able to choose a different Depot Model. All available models you may choose from are listed here: Archive (RailwayEmpire_Assetlist).

Sadly, to implement your own icon is not possible either, however, but you are able to choose a different Icon from those already existing in Railway Empire. A full list of those icon can be found here: Archive (RailwayEmpire_Iconlist).

As already mentioned before, the GoodsSortIndex is the most important ID of a commodity and it defines the position of the commodity within the list of demand of a city. Furthermore, keep an eye out for the ID’s and make sure to have no duplicates. In addition, you should ensure consecutive numbering and avoid any gaps, so that the ID’s will start with ID 00 and go up to ID XX (with xx = your maximum number of commodities).

In-game, you should be able to find your new commodity in the list of commodities and in the city dialogue with the position of it depending on your input in GoodsSortIndex: 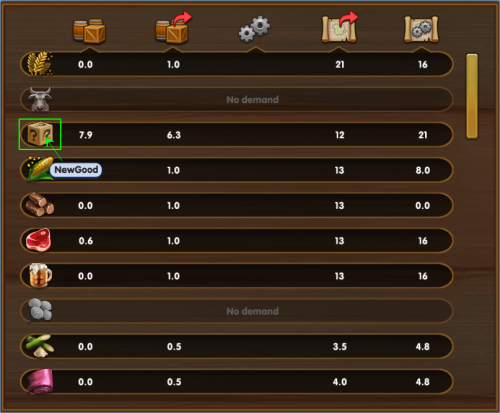 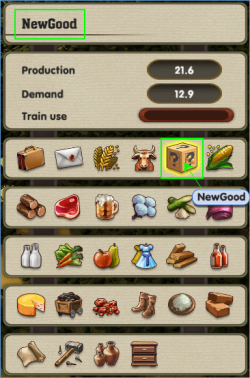 In case you might have applied changes to the rural businesses or factories, it could look like this: 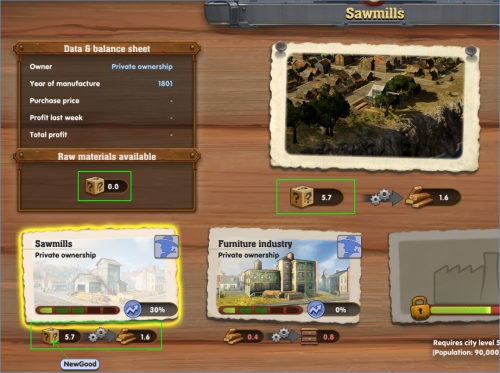